Travelling through Southeast Asia, or to be more precise, Peninsular Southeast Asia, is one of the most amazing experiences you can have. Peninsular Southeast Asia is a region that contains seven uniquely fascinating countries: Thailand, Cambodia, Vietnam, Laos, Burma, Malaysia and Singapore, and, time permitting, you can easily arrange to visit some of them or even all of them within the same travel plan. All are very hot tropical countries with drenching rainy seasons, but from November to around mid February, they all enter their annual cool-dry season, a period with warm unbroken sunshine almost every day.

To begin your Southeast Asian trip head for Thailand. Not only is it a terrific place with fantastic culture, shopping, nightlife and beaches, its capital Bangkok is a highly developed travellers’ centre. Countless travel agents will be happy to sell you very cheap bus tickets or reasonably-priced air tickets to any of the other countries. For example, a bus from Bangkok to Cambodia’s Siem Reap, the home of the world-famous Angkor Wat Temple costs around 15 pounds. Don’t arrange to fly to Thailand close to Christmas or New Year’s Day, though, as air tickets to Southeast Asia become more expensive at that time.

For a destination with a difference in 2017, how about a summer trip to Iceland? Despite its high northern latitude, being in the path of the Gulf Stream prevents the freezing temperatures, you’d experience in north Canada, Siberia or other regions at the same latitude. What you can guarantee in summer, however, is almost 24 hours of daylight. It’s not quite the ‘midnight sun’, but it’s not far off it.

Iceland’s capital, Reykjavik, is a modern and advanced city with great shopping, restaurants and entertainment, but the real charm of Iceland lies in its amazing countryside. There are many, almost alien, volcanic landscapes with extinct and dormant volcanoes, lava fields, geysers, glaciers and incredible rock formations. Haukadalur Valley in the south of the country is a place you should definitely visit while in Iceland. Its famous geyser, Strokkur, which erupts every 10 minutes or so, is well worth seeing.

For a 2017 Spring break, Kyoto in Japan during the beautiful cherry blossom season is unbeatable. Kyoto is a former capital of Japan and has many magnificent Buddhist temples and Shinto shrines dating back 700 years or more. Kyoto represents Japanese culture at its finest, and while you’re there, you can stay in a traditional Japanese inn or Ryokan and feel part of the ancient and mystical culture of the ‘Land of the Rising Sun’. 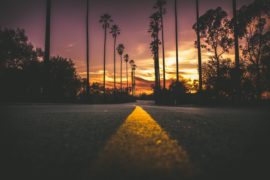 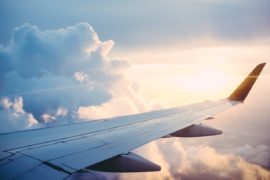 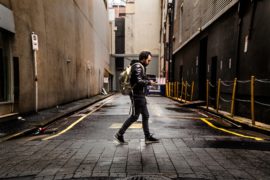